The Terrors Of Tallarico 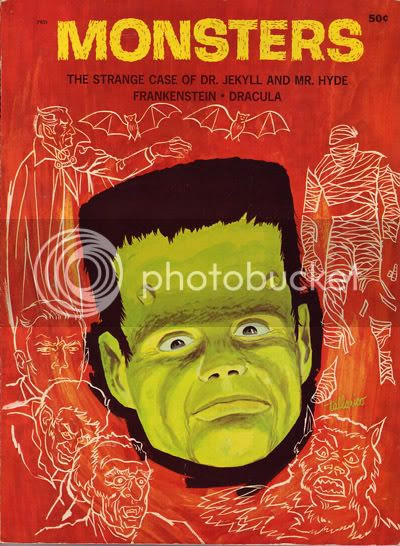 Monsters is a nifty 1965 storybook with severely abridged retellings of the tales of Dracula, Frankenstein, and The Strange Case Of Dr. Jekyll and Mr. Hyde. Despite the appearance of the Mummy and Wolfman on the cover, that's all they had room for. 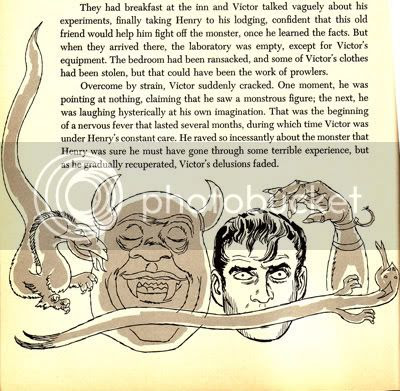 Other than the obvious, what I really dig about this book is the distinctive art by Tony Tallarico. Tallarico is rather infamous for his depictions of Dracula, Frankenstein and the Werewolf, but it isn't this earlier, rather nice-looking book that ties his name to the characters. 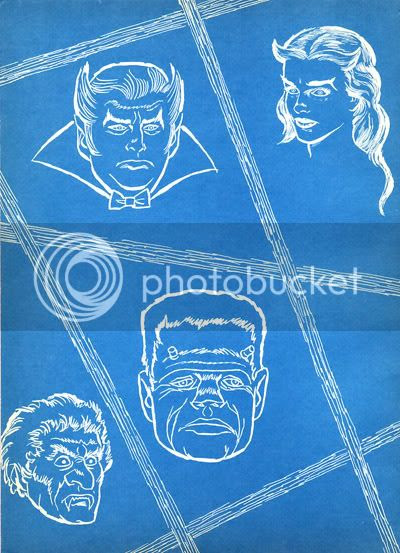 Oh no. Tony Tallarico is well known in certain circles for one of the weirdest pop culture mash-up's in history... the superhero versions of the three monsters done by Dell in the mid- '60's. 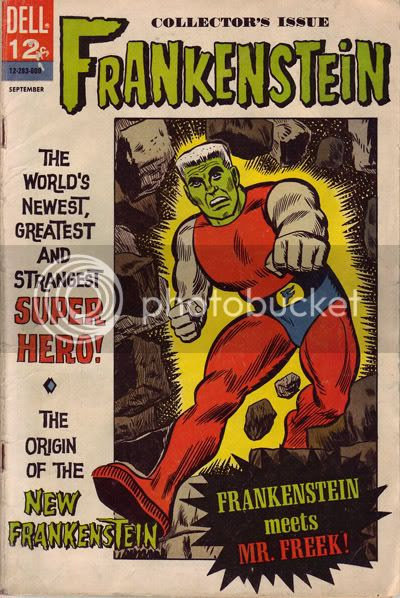 The swingin' '60's version of Count Dracula saw the modern 'descendant' (didn't know the dead could conceive, did you?) accidentally drinking some "Bat Derived Healing Serum" he'd been working on, giving him the ability to transform himself into a bat. In issue four he got a female sidekick with the same powers named Fleeta. You know, like 'fliedermaus'? Yuck! 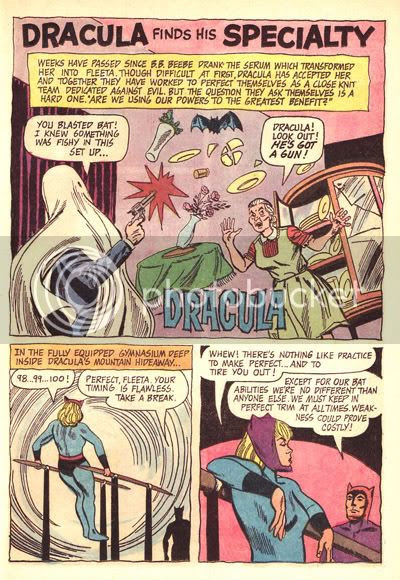 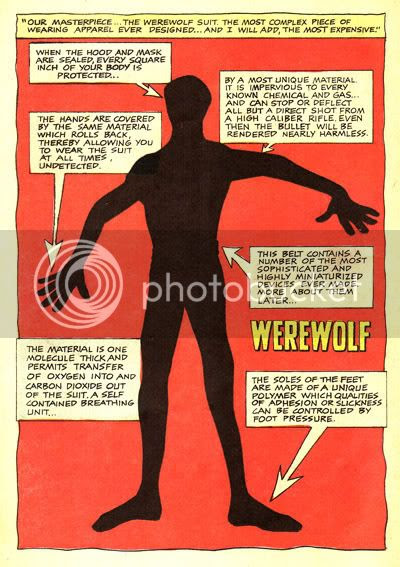 His sidekick was a wolf named Thor. Ahwoooo!!! But my favorite of the three is the all-new Frankenstein, mostly because he's not all-new at all. That's right, this is the original Monster, who is reanimated when a lightning bolt strikes the ruins of Castle Frankenstein. For some reason he is dressed in a bright red leotard, tight blue trunks, and a belt with an 'F' logo on it. All he needs now to be able to go out and fight crime like the others is a secret identity. Oh! I know! How about 'Frank Stone'? Brilliant. 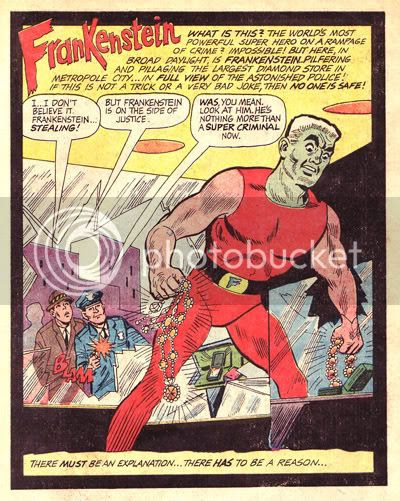 This stuff was obviously hacked out at top speed by the creators... Tallarico's linework doesn't come close to his illustration job for Wonder Books. But it's sooo awfully conceived that it succeeds as Camp at it's finest. I'll let these sample pages speak for themselves.
Posted by Jay at 2:20 PM 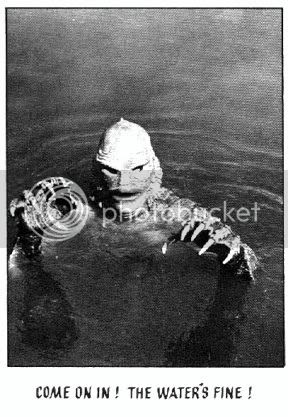 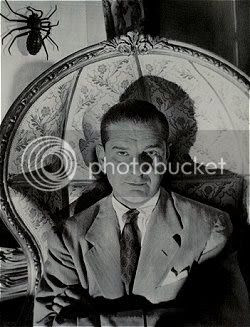 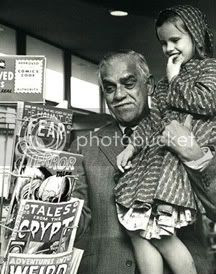 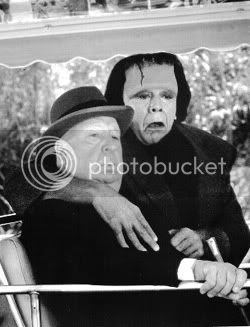